Are You Prepared for a Refrigerant Leak? 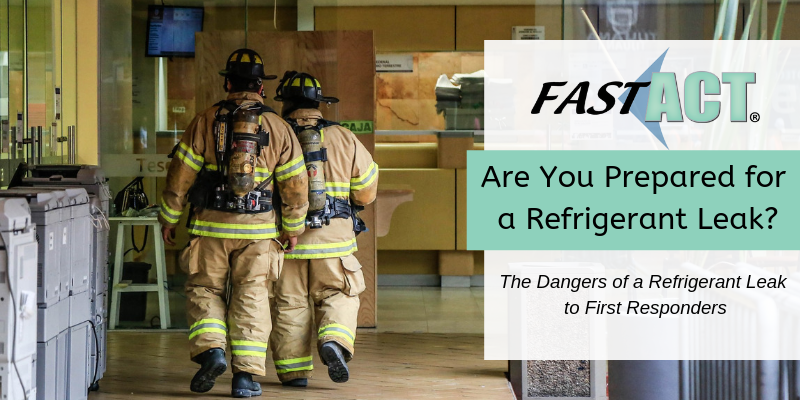 The chemical compound Refrigerant is used in several methods in the industrial manufacturing business – and is something commonly found in most environments including your home and businesses. This compound is typically found in either a fluid or gaseous state and it readily absorbs heat from the environment providing functions such as refrigeration or air conditioning when used in correlation with a compressor or evaporator.

The term “Refrigerant” is a brand name that incorporates a range of chemical elements referred to as ‘chlorofluorocarbons’ which includes the chemicals hydrogen, carbon, fluorine, and chlorine in its composition. The use of this chemical amalgam, however, has presented potential health risks and environment hazards for humans and even first-responders who are called upon to respond to accidents or leaks involving refrigerants. Refrigerant leaks or ammonia compressor leaks can be significantly hazardous as the characteristics of this type of leak can be extremely hard to distinguish upon contact.

We are going to discuss the potential dangers of a refrigerant leak to first responders and overall human exposure and how you can prepare in defense to a possible refrigerant leak. 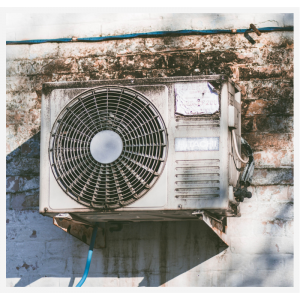 How Do Refrigerators & A/C Units Work

Air conditioners, refrigerators, or heat pumps contain a sealed refrigerant system that contains this chemical in quantities that should never runout. An air conditioning system uses refrigerant inside the copper coils and as this chemical absorbs heat from indoor air it will begin a transition from a low-pressure gas to a high-pressure liquid. The air conditioning unit sends the refrigerant outside where the fan is blowing out hot air over the coils and exhausts it to the exterior. This process is used in both a/c units and refrigerators as they take heat energy out and transfer it from one place to another. During this process, however, incidents can occur such as leaks that can leave a potentially dangerous situation for first-responders and hazmat personnel.

How to Address a Catastrophic Refrigerant Leak

The actions that need to take place during a refrigerant leak, particularly a catastrophic leak, need to be executed swiftly and effectively. First-responders and hazmat personnel will conduct response actions when called upon the scene. The building or space affected by the refrigerant leak needs to be evacuated, no matter the severity of the chemical leak. The undistinguishable characteristics of the refrigerant leak such as the amount of refrigerant that has been released from the leak, the location of the leak, and who has been exposed to these hazardous chemicals are typically unknown to emergency responders and thus protocol must be taken to secure the safety of all occupants of the incident area. First-responders that respond to a potential refrigerant leak are required to wear Level A chemical protective clothing and self-contained breathing apparatus (SCBA) to protect themselves during the performed rescue. Once the compressor is turned off and the leaking has subsided, the next course of action is neutralizing the area of the chemical leak. 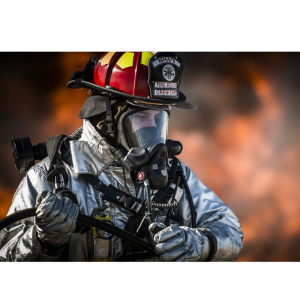 Dangers of a Slow Refrigerant Leak

Slow refrigerant leaks usually occur most of the time and are just not called upon to emergency responders, as people are unable to identify this present leak. First-responders will, however, receive calls about slow refrigerant leaks when the system is in a small, un-vented room that has been experiencing a leak for quite a long period of time. The result of this is that the leak pushes all the oxygen out of the room and can lead to an individual that is exposed to this small area to feel sick or pass out upon entry of this area. When a slow leak occurs like this overtime it can leave significant health risks to any individual exposed as the chemicals will continue to build-up inside the environment making the environment have a high level of chemicals in its air.

After identification of a small refrigerant leak occurs, the individual will contact 9-1-1 and have emergency responders dispatched out into the area. When emergency responders enter the incident scene, they will take several factors into consideration before deciding how to respond to the refrigerant leak such as the chemical that is at play in the environment, the concentration of the chemical, and what the current situation is inside the contaminated area. It is important for most first-responders to carry a O2 sensor with them in situations like this where you are trying to identify the current condition of the environment before entering the area.

Once emergency responders are prepped with PPE and ready to enter the refrigerant leak area, they will need to evaluate the machinery that is causing the leak to determine what the best course of action is for the situation. Depending on the case itself, first-responders may ventilate the room to help maintain safe levels while keeping the machinery on – whether that be an a/c unit, refrigerator, etc. They may also decide to shut down the unit but that will vary based on the environment and the intrinsic cost that it could impact. Ultimately, it may be better to leave the system running but the emergency team will evaluate that as they gather information about the refrigerant leak.

The refrigerant chemical that has been exposed in the environment will need to be removed from the area properly before occupants can re-enter the space. The process of removing the chemical properties included in a refrigerant can be difficult as the multiple chemistries may require different solutions for decontamination and neutralization. Instead of having to utilize multiple decontamination methods to completely remove the chemical contaminant in the environment (which can be a timely and inefficient process), first-responders should use an all-in-one decontamination solution that works against multiple chemicals.

FAST-ACT® is a proprietary formulation of non-toxic high-performance specialty materials effective at neutralizing a wide range of toxic chemicals with the added capability to destroy chemical warfare agents. The FAST-ACT formulation is non-flammable, non-corrosive, and significantly reduces both liquid and vapor hazards. Since the dry powder neutralizes threats upon contact, on-site incident management and clean up times are reduced. The chemical decontamination solution works quickly to significantly reduce hazards associated with common industrial chemicals. The broad range of utility makes FAST-ACT a valuable tool for a variety of environments that can help aid police, fire and other emergency responders to successfully and quickly decontaminate a hazardous chemical threat.

Refrigerant poisoning happens when someone is exposed to the chemicals ‘refrigerant’ that are used to cool appliances. Around these chemicals an individual will want to limit exposure, as exposure to these toxic chemicals can be severely hazardous to public health. Inhaling the fumes caused from a refrigerant leak can lead to several symptoms that will be easily to identify. These symptoms include the following:

Gaining information and awareness of the potential risks that refrigerant leaks pose to an environment is critical, particularly for first responders. When you are responding to an incident involving refrigerant chemicals preparing with protective equipment and decontamination solutions is necessary to properly respond and remediate the situation.