Chemical Threats: the ‘C’ in CBRNe 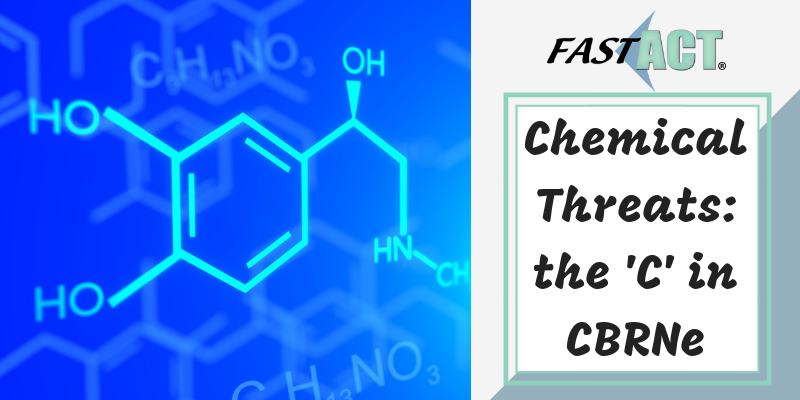 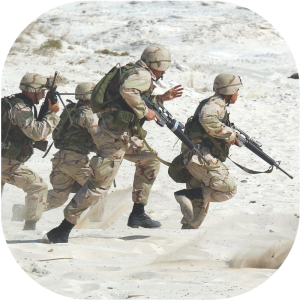 Chemical threats, an increasingly prepared for and prevalent form of attack, has become significantly highlighted to first-responders, military, and hazmat teams. The term CBRNe is a widely known and popular term for medical professionals and military defense individuals. CBRNe involves chemical threats as the ‘C’ that is found in CBRNe. The risks of chemical threats have come from recent terrorist attacks that have deployed the use of toxic and hazardous chemical agents. Chemical agents can include common chemicals utilized in laboratories (TICs), as well as deadly chemical warfare agents (CWAs).

Among the different weapons categorized as Weapons of Mass Destruction (WMD), chemical warfare is identified as one of the most dangerous weapons created by mankind that can create utter brutality upon deployment. Chemical threats are extremely hazardous chemicals that can be dispersed as a gas, liquid, or aerosol that spreads aggressively throughout the environment. Chemical threats have been one of the key weapons used in Syria over the last few years, as the conflict among the Ba’athist Syrian Arab Republic and foreign/domestic allies continues to rage on throughout the Country. These recent attacks have highlighted the strength and brutality of chemical threats, leaving many countries grasping for solutions and protection strategies to implement for a possible chemical agent threat upon their area. CBRNe education and training has become a much needed and explored topic after recent chemical threats, with many fields quickly adopting this specific training into their environment.

What Does CBRNe Stand for?

CBRNe is an acronym for Chemical, Biological, Radiological, Nuclear, and high yield Explosives. The weapons classified under this acronym all have the ability to create extremely hazardous conditions that can lead to mass casualties and disrupt society completely. CBRNe events are commonly comprised of deliberate or aggressive acts, with the malicious intent of inciting fear or causing grave harm to humans and the environment.

What is a CBRN Attack?

CBRNe attacks can happen either accidentally or intentionally – but no matter the circumstance the effects are bound to be grave. An accidental CBRN attack is typically caused by human error, natural, or technological reasons. This can include spills, accidental releases, or leakages that cause the incident to occur. When an accident occurs with these weapons it is usually referred to as DG or a HAZMAT accident.

Whereas intentional CBRN incidents involve criminal acts, maliciously motivated poisoning of an individual, or a terrorist attack or act. An intentional CBRN attack can leave great devastation after deployment, with a calculated plan to harm a large area with many individuals present when the attack occurs. These weapons are usually described as ‘low probability, high risk’, because of the relatively low risk of a CBRNe attack occurring but the high threat risk to public health upon an attack taking place in the environment.

The Risk of a Chemical Attack 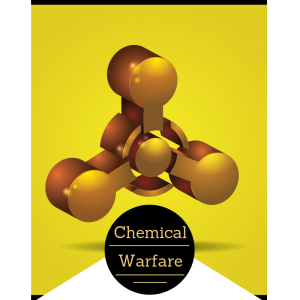 The severity of an attack is dependent upon several different factors, particularly the toxicity of the chemical and its concentration when it reaches people. The release of a chemical agent or a chemical attack in an enclosed space (such as a subway, airport, or an office space) could deliver lethal doses, high enough to severely hurt or kill a large group of people. In comparison, when a chemical attack is deployed in an open area, a toxic chemical cloud, or plume, would become less concentrated as it spreads and would have to be released in a large quantity to produce significant casualties.

Terrorism or terrorist attacks that involve the use of CBRNe materials pose a very real and dangerous threat to public health and safety. Terroristic threats utilizing CBRNe weapons can also impact national security, economic, and political stability on a global level. When these types of weapons are deployed in an act of terrorism, the complete destruction could be insurmountable – leading to unrepairable effects on the human population and environment.

What are Chemical, Biological, and Radiological Devices?

CBR (Chemical, Biological, and Radiological) devices are without a doubt dangerous threats to public health and safety. Chemical, Biological, and Radiological devices produce airborne hazardous contaminants that can be in the form of gases, vapors, or aerosols. These types of airborne contaminants can be very dangerous as they enter the body rapidly and impact health within hours or even minutes after exposure.

What Does a CBRN Specialist Do?

Decontamination providers have focused on providing a means to protect individuals who are exposed and decontaminate the source of hazard in the environments. The way that these decontamination solutions are delivered to the appropriate field workers and experts (such as the Military, Emergency-Responders, and Hazmat) is through CBRN Specialists. The specialist has many job duties including assisting in CBRN defense measures, provide training advice and supervision of CBRN equipment, & operate CBRN detection and decon equipment.

The CBRN specialists’ job is quite complex and vital to the safety of a large population of people in the country, therefore, having efficient and easily deployed decon solutions is critical for the CBRN specialist. For example, a decontamination solution for chemical warfare such as FAST-ACT can help a CBRN specialist, especially given the fact that FAST-ACT does not require identification of the chemical deployed in the environment. FAST-ACT is a decontamination provider that utilizes a proprietary formulation that is able to break down and neutralize a broad spectrum of chemical agents including chemical warfare agents (CWAs). The FAST-ACT technology is adapted into several different applications for both liquid and vapor chemical hazard containment and decontamination.