Decontamination of Chemical Threats: from Person to Electronics 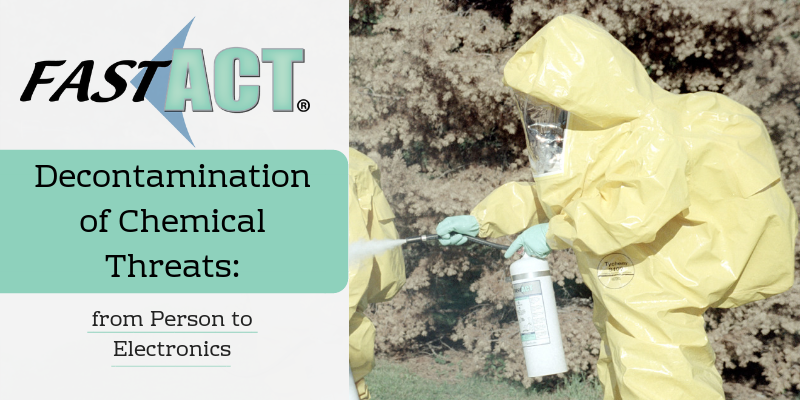 Decontamination is a process of making any person, object, or area safe by absorbing, neutralizing, or destroying chemical agents released in the environment. Chemical Warfare Agents (CWAs) are very complex and destructive agents that can be deployed or released into an area causing significant issues to both public health & overall safety. Chemical agents can be classified as nerve agents, blood agents, choking agents, and TICs (Toxic Industrial Chemical) – each category of chemical agents contain different characteristics that create a lethal concoction.

Chemical threats may be dispersed in many different forms ranging from liquid form to vapor form, which can both have their own hazardous effects on the environment, human health, and on decontamination equipment. CWAs in vapor form can penetrate into the interior of decon equipment and damage the equipment if the chemical agent is highly corrosive. Whereas CWAs in liquid form can adhere to a surface, spread over the surface, and penetrate into tiny spaces such as cracks and crevices – this type of adsorption can cause changes to the properties of the material, which can affect the decontamination equipment. Decontamination of chemical threats can be a very challenging process and having the proper equipment and trained personnel can help to accomplish a complete decontamination of a chemical threat.

What is the Purpose of Decontamination? 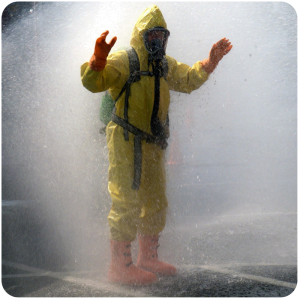 Decontamination is a multi-faceted topic that involves several components including health issues, hazardous materials (HAZMAT) issues, emergency response issues, and crime scene issues. This practice is set in place to facilitate the neutralization or destruction of hazardous chemicals that may get released into an environment.

Decontamination practices offer a rapid solution to limiting the spread of contaminants from the “hot zone”, where chemicals affect a specific area. There are many components included in the decontamination process, such as cleaning contaminated victims from a wide spectrum of chemical threats and neutralizing a contaminated area from hazardous materials.

Unfortunately, the reality is that often times decon is only conducted as an afterthought after an incident occurs, and because of this, decon can sometimes be dismissed as not an integral or important part of the response procedure. And when decontamination procedures are not implemented it can lead to a very volatile environment that can be significantly hazardous to humans.

What are the Basic Principles of Decontamination?

Decontamination overall is essential to have for emergency responders, HAZMAT, and military members who are typically the individuals who are exposed to and on the scene at a contaminated area. The resources required to perform a proper and effective decontamination is fairly costly in terms of manpower, time, space and even material, but the benefits that decontamination provide to the safety of the environment and humans is invaluable.

What are the Three Main Levels of Decontamination?

FAST-ACT is revolutionary for liquid/vapor chemical decon with its ability to decontaminate a broad range of chemicals without the need of identifying the chemical at play. Thus, eliminating precious time wasted and minimizing health effects for those exposed.

How Do You Decontaminate Someone? 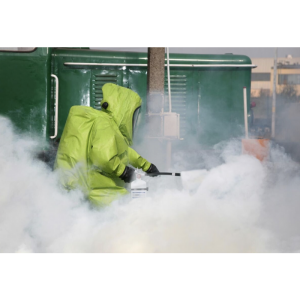 Understanding and knowing the processes of implementing decontamination practices can be very vital to an emergency -responder who comes across a contaminated environment. Learning the purpose of decontamination and the best practices will help you to minimize the risks and contain a hazardous situation.