How to Dispose of an Acid Leaking Car Battery 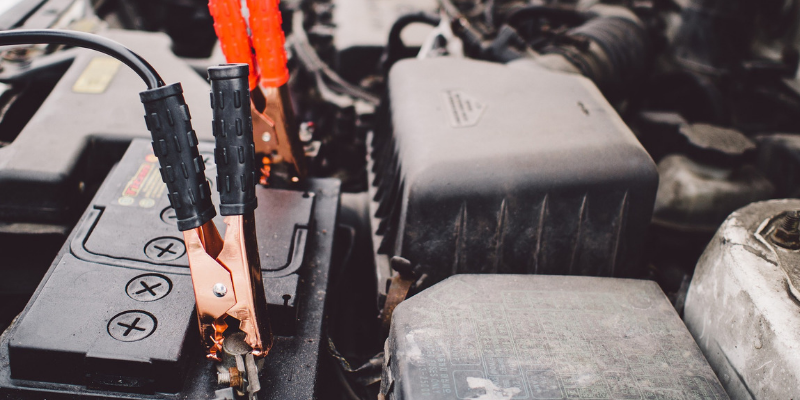 There are many different items that we come across every day, either in the stuff that we use or within environments that we are exposed to that possess potentially dangerous components that could be harmful upon exposure to humans. Whether it be the risks you face on a construction site job where you are exposed to dangerous machinery, the risks of being a firefighter coming across unknown chemical substances that could be potentially deadly, or even an unfortunate release and exposure to acid from a leaking car battery.

What is Battery Acid? 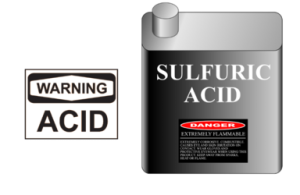 Battery acid is identified as sulfuric acid that has been diluted with water to reach a concentration level of 37 percent. This specific level of concentration is mainly utilized in sealed lead acid batteries, with slight variations to the level of concentration depending on the brand. A combination of lead plates and an electrolyte – with sulphuric acid used, are combined to convert electrical energy into potential chemical energy and back again. Although this amalgam of compounds allows us to have portable power, the actual acid can be extremely dangerous.

Battery acid, in comparison to other types of batteries, are rather unique – as they carry not only ionic currents, but it also reacts as an active material with both electrodes to produce lead sulfate as a discharge product. When an acid battery is broken down it will produce hydrogen and oxygen gas into the environment that can be explosive under certain specific conditions.

Battery Acid: What Does it Do

The sulfuric acid that is used within battery acid is commonly used in a variety of different applications throughout different branches of the national economy. Battery acid is used to help clean metal surfaces before the coating process, it also is used as a component in the production of synthetic dyes. This acid is very strong, however, and can also be utilized in fertilizer production, the creation of explosives, in the pharmacology industry, and in oil refining.

Sulfuric acid is one of the most important industrial chemicals – that is increasingly made each year and is among the most manufactured chemical made with 40 tons or more produced in the United States. However, the use of this chemical in certain capacities such as in car batteries can potentially be dangerous if a leak occurs in an environment where humans are exposed. 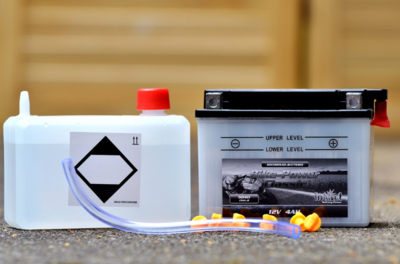 There are many ways in which a battery, particularly an acid battery can be dangerous to human health. When you are handling or dealing with batteries it is important to always stay vigilant during this time. The misuse or misapplication of a battery for anything other than its designed purpose can lead to potentially hazardous results. When batteries are utilized in other capacities aside from its intended purpose it will be more likely to leak or vent dangerous chemicals.

When a battery acid leak occurs, it can result in dangerous effects to both the environment and on those exposed to the chemical leak. Depending on the conditions present in the environment such as poor ventilation or limited space, the fumes that can become produced from a battery acid can taint the air and upon inhalation/ingestion could lead to altering effects on health.

When it comes to identifying battery acid, whether from a potential leak or clean-up project, there are certain key characteristics to be on the lookout for in the environment. These indicators of battery acid include the following:

Battery acid is a very strong chemical compound that can be aggressive when leaked onto surfaces. A sign of battery acid will be appearances of corrosion on a surface – specifically with contact to other metals. 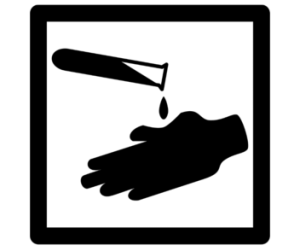 The potential risks and health effects of battery acid exposure can vary depending on the length of exposure, how you are exposed to the acid, and the amount of exposure that occurred. Battery acid is a solution of sulfuric acid and water diluted – which means the dilution reduces the strength of the acid. If, however, the sulfuric acid was exposed to human flesh undiluted it would result in immediate burning of human tissues and other organic materials.

Battery acid is still, however, an irritant that can affect both the skin and lungs. If battery acid is left on the skin, it will eventually cause irritation and itching and should be washed off after exposure. Whereas if you inhale the fumes from the acid it can potentially lead to respiratory issues upon inhalation.

How to Neutralize Battery Acid

The frightful experience of dealing with any sort of acid spill will leave firefighters and hazmat officials quickly acting in response to this dangerous situation. Neutralization is the most common method or solution implemented onto this type of hazardous corrosive spill. Typically, during corrosive spills, it will require soda ash to implement onto the large spill. The soda ash needs to be diluted with water and then added to the spill for neutralization. However, depending on the chemical that is in question – whether it is an acid, organic compound, or any type of hazardous chemical agent, it will be necessary to identify the chemical before applying a neutralization solution.

FAST-ACT is an all-in-one chemical neutralization solution that can be readily applied to a variety of different chemical agents including as a battery acid neutralizer. The FAST-ACT products can be applied in multiple ways for an acid spill or attack. For liquid spills, the FAST-ACT powder can be rapidly applied to the liquid to contain and neutralize the acid. FAST-ACT pressurized cylinders can be dispensed to suppress vapors, contain liquid, and decon responder equipment, interior spaces, contents, and equipment.

Overall, FAST-ACT is essential due to the increased number of acid spills, leaks and attacks, and the variety of chemistries used makes FAST-ACT an essential neutralization solution for rapid response without the need for complex decisions when times for mistakes cannot be made.