How to: Hazmat Tactical Technician 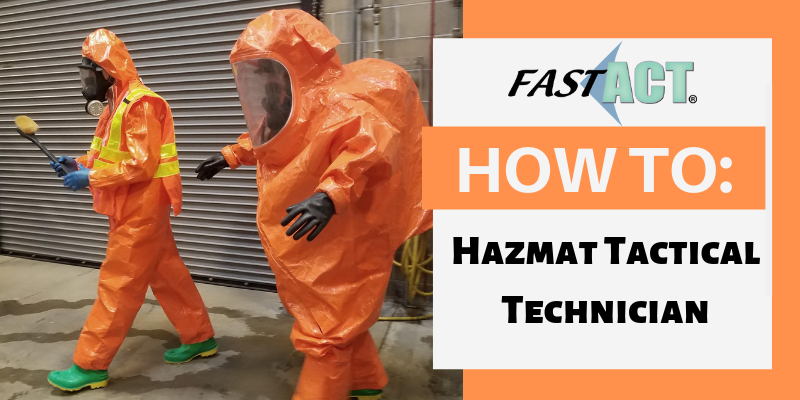 Hazardous materials teams are constructed in each state, sometimes in several different cities to provide citizens with an experienced team to handle any sort of hazardous material incident that has taken place within the area. The primary goal of a HazMat team is to provide the local area assistance in an emergency situation involving hazardous materials and weapons of mass destruction. The assistance provided by a HazMat team can take several different forms depending on the incident on hand and how severe it is to the environment and public health.

A HazMat team is composed of an organized group of individuals who are trained specifically to handle hazardous materials incidents, with each member contributing different skill-sets to the operation. Included within this organized group are individuals called Hazardous Materials Technicians. 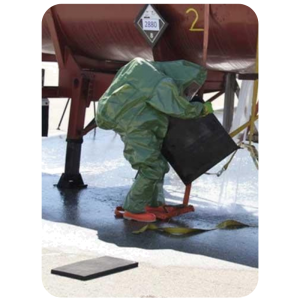 What is a HazMat Tactical Technician

Hazardous Materials Technicians are trained individuals who are taught to respond to a hazardous materials emergency in an offensive fashion. Their primary role is to stop or control a spill or release by approaching the point of the release using specialized PPE (Personal Protective Equipment). When a HazMat team responds to a chemical spill, the Hazmat Technicians are typically members of the responding HazMat team, often times they are referred to as Spill Response Teams or Emergency Response Teams.

These emergency responders are there to respond to both emergency and non-emergency calls. HazMat technicians are technically trained and skilled to respond to, mitigate, prevent, and at times clean-up hazardous materials and/or chemical, biological, radiological, and nuclear weapons of mass destruction incidents.

What Does a HazMat Technician Do?

Ultimately, these individuals are there to respond to emergencies that involve dangerous substances that can potentially be life-threatening within an environment. When a technician responds to an incident, they are responsible for identifying the hazardous materials and deciding how best to dispose of them. Some of the commonly handled materials that these technicians handle includes asbestos, lead, mercury, mold, radioactive waste, and nuclear waste.

HazMat Technicians also need to have a basic understanding of chemistry, since they are responsible for identifying substances, they have to know the chemical, physical, and toxic properties of the materials. Without this knowledge they will be unable to determine the safest method to removing, transporting, and disposing of this hazardous materials and waste.

The risks posed to those who work as a HazMat Technician can be significant, thus it is necessary for them to take precautions while working. Wearing appropriate protective clothing is essential, as these dangerous substances can be extremely harmful to human exposure.

What are the Three Levels of Hazardous Response

Hazardous materials response is identified by three different levels; Level 1, Level 2, & Level 3. Response organizations have established a “tiered response plan” to help organize the severity of an incident. Each level is represented by individuals and/or groups of people and their level of training, expertise, capability, and equipment/resources.

A level 1 incident is one that involves hazardous materials that can be contained, extinguished, and/or stopped using resources immediately available to public first responders. These incidents are low risk and present little hazard to the environment and/or public health, especially during containment or cleanup.

This level is usually classified as minor situations with the capabilities of first responders that are trained at the operational level to be able to handle the situation. Typically, a level 1 incident involves either the release of a small amount of gas, liquid, or solid of an identified hazardous material. This operational level first responders contain both the expertise and proper equipment to safely mitigate these incidents.

A classified level 2 incident is one that involves hazardous materials that are beyond the capabilities of first responders on the scene of the incident. These types of incidents range from a small incident involving any amount of an unknown substance to a large incident involving multiple agencies and jurisdictions.

Level 2 incidents are declared by the Incident Commander and the Initial Response Team – for instance, if the incident scene contains a sufficient quantity of gas, liquid, or a solid that is a known hazardous substance and/or any quantity of an unknown material that has been released. Control zones should be established and maintained early into the response of the incident, and these zones should be evaluated and monitored throughout the entire incident.

Examples of a level 2 HazMat incident includes a major gas leak due to a puncture of a large tank, a vehicle or train fire involving hazardous waste, chemical releases that pose a moderate threat to the environment, and suspicious packages that contain an unknown material. 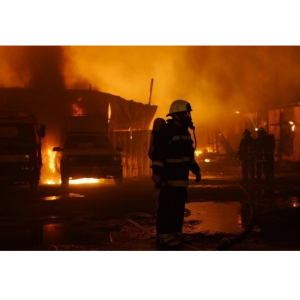 Lastly, a level 3 incident involves hazardous materials that are beyond the capabilities of a single state or regional response team. This type of classified incident may be quite lengthy in duration and may require large-scale evacuations. When multiple agencies and jurisdictions are involved it is likely to be labeled a level 3 hazardous material response. Many times, during a level 3 incident, resources from private sectors including chemical manufacturers and voluntary organizations are utilized to control the scene.

Examples of a level 3 incident includes a large release from tank cars, incidents involving large-scale evacuations, any incident beyond local capabilities and resources, major leaks, and large-scale or catastrophic releases of hazardous materials.

In hazardous situations, it is important to recognize that any incident can involve chemicals. Although the regular use of “hazardous materials” throughout the HazMat community, the term “chemical” is a more appropriate term. As a result, the misconception among first responders is that many chemicals that are found in the incident scene are not a problem because they are not a “hazardous material”. However, that is far from the truth, as the potential hazards present to the environment and public health from the results of chemicals can be significant and sometimes even deadly.

All chemical products have some dangerous characteristics that first responders must be prepared to investigate further. In some cases, chemicals can be the original source of the incident, either through an accidental release, mishandling, or a planned chemical attack. 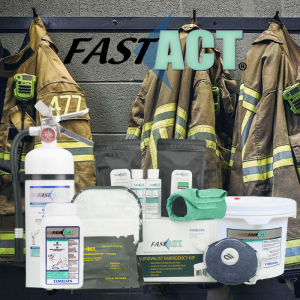 When HazMat personnel come across an incident involving chemicals, there will be a few tell-tale signs such as a detectable odor, visually observable characteristics, and reactions from those individuals exposed to the chemical in the air. In the process of containing and decontaminating a chemical release or incident, Technical decon is established by the HazMat team exiting the hot zone. Technical decontamination involves the use of a “corridor” with a gross contaminant reduction section followed by a series of wash-and-rinse stations. Once the HazMat tactical technicians have secured the area, they will need to perform an effective decontamination of the chemical(s) present.

FAST-ACT (First Applied Sorbent Treatment – Against Chemical Threats) is a proprietary formulation of non-toxic nano-materials effective for neutralizing a wide range of toxic chemicals with the added capability to destroy chemical warfare agents. Chemical spills can be in the form of a gas, liquid, solid, fumes, dust, fibers, or vapors. Depending on the type of chemical spill present, HazMat and first responders must choose the correct method to apply to decontaminate the spill. FAST-ACT, however, is able to decontaminate a broad spectrum of chemical spills, from liquid to vapor releases through a wide range of product offerings.

The FAST-ACT technology is effective against a wide range of toxic chemicals including:

Therefore, FAST-ACT will be the desired decontamination solution for chemical spill clean-ups, as it can be safely applied to any liquid spill or vapor release enabling Emergency Responders to utilize one technology when faced with a variety of known or unknown chemical hazards.