How to Protect Against a Chlorine Gas Attack 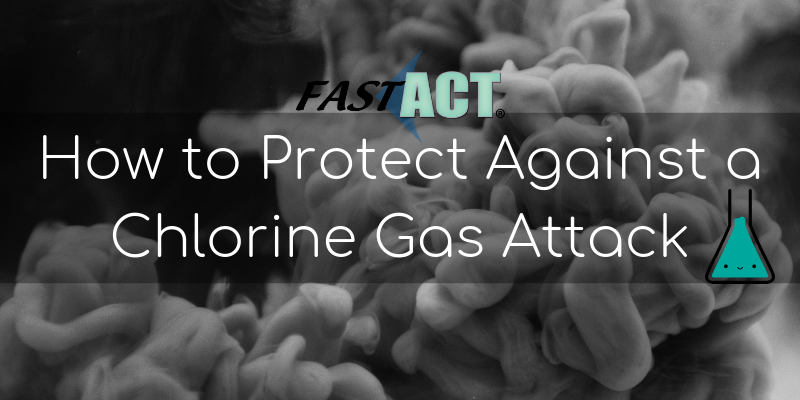 Chemical attacks utilizing a plethora of potentially deadly chemicals have been utilized in the past decades for warfare – impacting a large group of people in record amount of time, making chemical warfare a deadly threat to be reckoned with. There is a wide variety of lethal and even incapacitating chemical agents that can place a great hazard and danger to not only an area but to those exposed to the agent.

Humans may come into contact with chemical agents everyday whether that be because of the work environment (labs, plants, etc.), accidents, spills, or other disasters. However, the effects from these types of interactions are fairly minimal in comparison to large exposure in the form of a chemical attack.

One agent that we commonly hear news and reports of usage is the chemical agent Chlorine. Chlorine is a highly used chemical in both industries and in society and depending on the level of exposure to the agent – like a chlorine gas attack, the impact could be extremely hazardous to human health. With the threat of chemical attacks becoming more and more real, learning how to protect yourself against a threat like a chlorine gas attack could help you to sustain minimal health impacts and hazards. 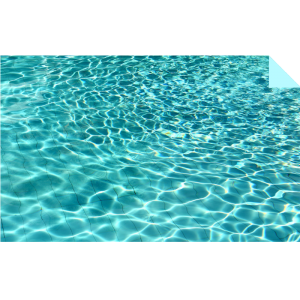 Chlorine is a very well-known chemical that is utilized commonly in everyday life. This chemical is used widely for chemical manufacturing, bleaching, drinking water and swimming pool disinfecting, and cleaning agents. Chlorine itself is a reactive chemical that when used on the human body can be very toxic. The production of chlorine is high making it an abundant chemical for people to get their hands on – including terrorist or planned attackers. When this chemical is released in an enclosed space or environment, that is when the strength of the attack is the strongest and the chemical can do the most destruction/harm.

How Dangerous is Chlorine Gas

Chlorine is a versatile chemical that can sometimes be in the form of a poisonous gas. Chlorine gas is a fast-acting gas that can spread quickly throughout the environment, staying closer to the ground. The odor that this dangerous chemical emits is easily recognized as a pungent odor, that is irritating to the senses, with an odor similar to bleach.

Chlorine gas was first registered in the U.S. in 1948, as a disinfectant for use in swimming pools and drinking water. The dangers of chlorine in the form of gas can be extremely hazardous and elicit reactions such as eye and throat irritation, airway obstruction, wheezing, coughing, abnormal chest radiographs, and bronchiolitis. Due to the ability of chlorine gas to spread quickly throughout the entire area, the impacts on the respiratory system is high and can result in serious health ailments- making chlorine gas quite dangerous to human health.

How Long Does Chlorine Gas Stay in the Air

There are many variables that play a role in the time the chlorine gas will be present in the environment. Two main variables include the size of the environment in which the gas was released into and the concentration/pressure of the gas. If chlorine gas is dispersed into a large area, then it will spread rapidly throughout the whole environment requiring more time to dissipate or be removed from the air. The amount of chlorine gas that is used and deployed also plays a role in the length of time the gas will stay in the air, the more chlorine released into the air the longer it will stay within the air of the impacted environment. 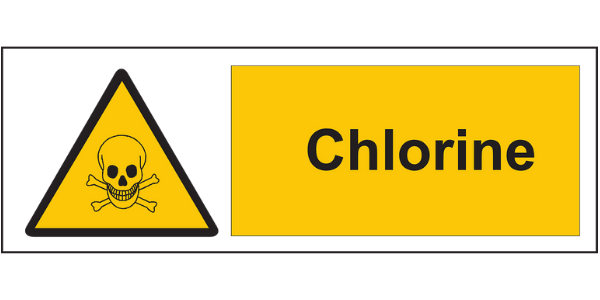 What Does Chlorine Gas Do to People

Chlorine gas can have a significant impact on a person –the gas acts as a pulmonary irritant that can cause damage to the upper and lower respiratory tract. This can include oral, nasal, and ocular pulmonary damage, which can lead to further ailments down the road. The chemical chlorine falls under the category of a choking agent as it can have altering effects on respiratory health. Most of the damage done by chlorine is caused by its dissolution into hydrochloric acid which can cause damage to inflammatory cells that lead to the release of oxidants and proteolytic enzymes. Overall, exposure to chlorine gas can be not only hazardous to humans but quite damaging to the health of those exposed.

Upon exposure to chlorine gas there are many potential effects that may occur. The symptoms may vary based on different variables, but the most common symptoms include the following: 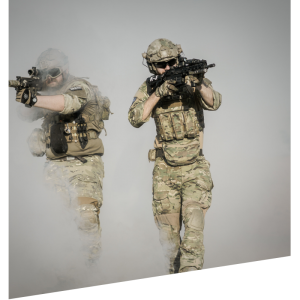 Could Chlorine Be Used for a Terrorist Attack?

Chemicals, depending on the type, maybe easy to obtain, such as chlorine. Chlorine is heavily produced and easily accessible to the public, which has led to concerns as those with mal-intent could utilize this chemical in a dangerous way, such as a terrorist attack. When or if chlorine is released from an attack it will form a toxic gaseous plume that when carried by the wind is able to inflict potentially debilitating and catastrophic loss of life to the exposed population. Therefore, preparing for and protecting yourself from a potential chemical attack with the use of chlorine gas is becoming almost necessary for military, first-responders, and even civilians.

The use of chlorine as a chemical warfare agent was first deployed in the early beginning of World War I. As it began to be used in more wars, the damage created by this agent was seen as it killed more than 800 soldiers in the battle of Ypres. More and more commonly this chemical has been used in recent wars including in Iraq, where they detonated bombs that were rigged onto containers of chlorine. The United Nations Monitoring, Inspection, and Verification Commission found that at least 10 attacks involving chlorine occurred in Iraq up to June 1, 2007 which results in many casualties. This has progressed as time has passed, and now the war in Syria has demonstrated several attacks of chlorine onto civilians, leaving devastation, death, and many health issues to the Syrians impacted.

How to Decontaminate Chlorine

If you are exposed to chlorine gas in any capacity, including spills, accidents, or attacks, be sure that a decontamination procedure and gear are available to put into action. Chlorine is a heavy chemical that is heavier than air, and due to the weight of the chemical it will accumulate in low-lying areas unless a strong wind is present. If you are not a trained individual on decontamination methods, you will want to promptly evacuate the area or go to higher ground to seek shelter from the hazardous gas. Chlorine gas can spread far, and wide so evacuation is advised for 3 miles downward of a small chlorine release, and 5 miles downwind for a major release, and anywhere within 1500 feet of the source.

Once a chlorine gas attack occurs, rapid action is required to decontaminate the air in the environment, as well as the surfaces that have become contaminated. Many times, however, it may be difficult to determine the exact chemical that has been released in an attack – which requires time, sometime a lot of time, to determine the chemical and subsequently the best decontamination method to implement. But what if there was a decontamination method for vapor and liquid chemical releases that did not require the identification of the chemical agent released?

FAST-ACT, a chemical neutralization and decontamination technology, is a patented decon method for vapor and liquid spills that have become a hazard to the environment and that require immediate neutralization/decontamination of the chemical agent. FAST-ACT has the ability to adsorb and neutralize the immediate threat of a broad spectrum of hazardous chemicals including chlorine gas releases. The decon gear/products of FAST-ACT contain a proprietary formulation that consists of a number of active ingredients including MgO that helps to neutralize hazardous acids such as chlorine. When the toxic chlorine gas comes into contact with FAST-ACTs proprietary powder, a stable adduct is formed, where the chlorine is chemisorbed on the metal oxide surface.

To determine the effectiveness of FAST-ACT a sealed chamber (214 L) was charged with a given concentration (ppm) of chlorine gas. After charging the chamber, FAST- ACT was sprayed into the chamber using pressurized nitrogen. Ten (10) minutes was allowed to elapse and the concentration of chlorine was determined using Drager tubes. At a ratio of 100:1 FAST-ACT to chlorine, the percent reduction was 98% when the initial concentration of chlorine was 500 ppm. This data indicated that 1-Kg FAST-ACT unit is capable of complete chlorine vapor neutralization in a 1,000 cubic foot space filled with 200 pm of Cl2 vapor. Correspondingly, the 2-Kg unit will remove 400 ppm and the 4-Kg 800 ppm from a same sized space.

Chlorine gas and an attack utilizing this chemical agent could be hazardous and sometimes deadly to a large population of people that may become affected by the release. Therefore, learning the potential dangers and the decontamination methods for neutralizing chlorine gas can protect civilian’s life and our beloved military and first-responder members.