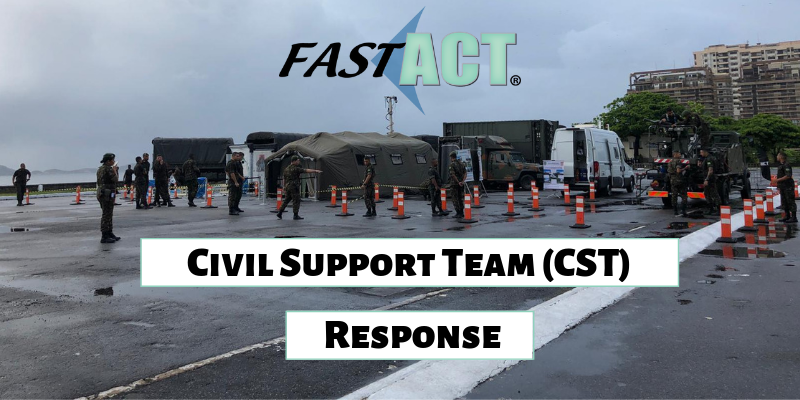 The growing threat that looms in response to terrorist activities or incidents has exponentially grown over the years. More and more terroristic acts have occurred throughout the world, in what seems to be an alarming rate, has forced the United States to take action in preparation for a potentially heinous act on our Country. Weapons of Mass Destruction are at the forefront of concern for the government and government officials, these weapons pose a tremendous risk to a large population of people and potentially even an entire country, depending on the WMD deployed.

In order to combat these extremely dangerous Weapons of Mass Destruction, the U.S. Government has implemented a number of different measures to enhance the Country’s ability to deter, prevent, respond to, and recover from terrorist activities within the United States. Therefore, the U.S. developed a team called the Civil Support Team (CST) as a high priority response unit supporting civil authorities in responding to a weapon of mass destruction (WMD) situation. 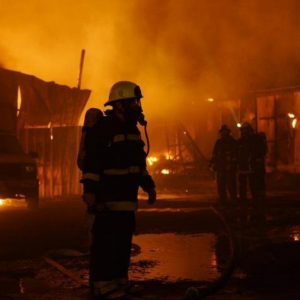 The mission of a Civil Support Team is to support civil authorities at a domestic CBRNE (Chemical, Biological, Radiological, Nuclear, and high-yield Explosives) incident site with responsibilities such as identification and assessment of hazards, advice to civil authorities, and facilitating the arrival of follow-on military forces during emergencies and incidents.

Each member of the CST provides unique capabilities, expertise, and technologies to assist the governors in preparing for and responding to a CBRN situation. These teams are available 24 hours a day, 7 days a week for rapid deployment for any response operation. There main mission is consequence management support for an incident or attack involving weapons of mass destruction – this occurs after an incident has happened in the environment or post-incident.

How Many Civil Support Teams are There?

The United States Civil Support Team is designed to support an immediate and quick response to any and all major population centers within the U.S. In total, there are 27 Civil Support Teams that place 90 percent of the country’s population within 250 miles of a team. When stationing these teams there were several factors considered including transportation access, facilities, proximity to airlift, and the closeness to other state and regional planning organizations. These teams are each composed of 22 highly skilled, full-time National Guard members who are federally resourced, trained, and exercised. The Civil Support Team consists of six sections: command, operations, communications, administration/logistics, medical, and survey. 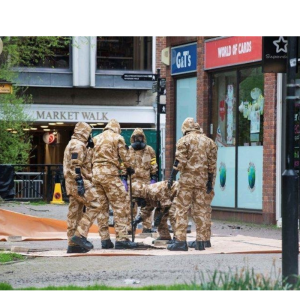 Capabilities & Functions of a CST

The Civil Support Team for Weapons of Mass Destruction was/is designed to provide a specialized capability to respond to a CBRNE incident. The teams respond under the authority of the governor and provide both the state and local agencies with any intentional or unintentional release of CBRNE agents or natural disasters. Although CST does provide assistance to large-scale situations and disasters, they also have the capability to respond to and support smaller-scale incidents where specific technical capabilities are required.

The members of CST utilize sophisticated detection, analytical, and protective equipment that allows them to operate in many different situations involving both TIMs and CBRNE materials. CST also uses some of the highest standard PPE (Personal Protective Equipment), such as Occupational Safety & Health Administration (OSHA) Levels A & B. These levels of PPE provide members with more extensive protection than the PPE utilized by most military units. 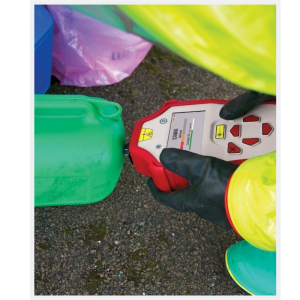 Assessments from the Civil Support Team need to occur prior to, during, and after an incident. These assessments take place with both local, state, and federal response organizations to properly ensure that the CST is successfully integrated with local and state emergency plans. When they undergo assessments, they are able to support both deliberate and crisis action planning for any type of incident.

The Operation Center (OPCEN) for Civil Support teams collect a variety of information that will include valid & appropriate sources, identification of critical & necessary information, and then evaluating the collected information to aid in determining threats – this includes hazards, risks, possible course of actions (COAs), possible targets, potential probability of an attack, etc. Based on the assessments conducted by the Civil Support Team, they will create Standing Operating Procedures (SOPs) and Response Plans for situations.

The Civil Support Team after utilizing the identification & assessment results, will than advise the incident commander (IC) and those emergency responders on the potential hazards and countermeasures associated with both the intentional and unintentional release of CBRNE or natural disasters that could result in catastrophic lost. When advising on response measures the CST will cover the key methods for protecting and mitigating potential loss of life, damage to critical infrastructures, and/or extensive property damage to private property. Emergency response implements this advice to assist emergency responders and authorities to tailor their actions to minimize the impact of an event.

The last function of CST is to provide assistance to the IC by giving input on the capabilities and utilization of assets that are currently gathered at the incident. The Civil Support Team offers an extensive background, specialized training, and scope of liaison between local, state, and federal agencies – and because of this they provide a much larger view of the specific assets and capabilities available to emergency responders.

The training required for a Civil Support Team member consists of both military and civilian emergency response training. These trainings and instructions are provided from several DOD schools, and agencies like FEMA, DOJ, EPA, and DOE. Altogether the members of CST will receive more than 600 hours of high-tech training with topics covering planning, management, individual and collective training, goals, doctrinal aspects of training programs and how they relate to Civil Support Teams.

A Civil Support Team is equipped with high-end detection, analytical, and protective equipment, as well as satellite, secure and cellular communications to provide communication with both civil and military forces. They are required to maintain PPE that are far more intricate than those PPE provided to military members. 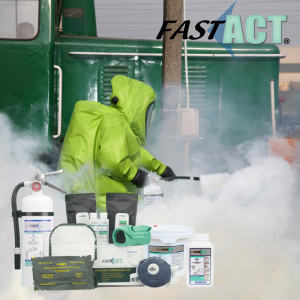 Chemical weapons contain chemical agents or materials intended to kill or severely hurt a group of people. Terrorists have already showcased their capability to use chemical weapons in a terroristic act against their enemies, and therefore preparation for these types of attacks is vital for Civil Support Teams.

In part of preparing for this type of situation, it is necessary to have on hand a chemical decontamination solution equipment to aid in the neutralization of a chemical agent deployment. FAST-ACT is a proprietary formulation of non-toxic high-performance materials that are effective at neutralizing a wide range of toxic chemicals with the added capability to destroy chemical warfare agents. The FAST-ACT technology works quickly to reduce hazards associated with common industrial chemicals including acids, acidic/caustic gases, organic compounds, phosphorous and sulfur compounds, and many industrial solvents.

FAST-ACT is provided in a variety of applications including pressurized cylinders for liquid and vapor hazards, manually dispersed containers, kits for liquid hazard treatment, and mitts for equipment and small-scale decontamination. Best of all, FAST-ACT can be applied to any liquid spill or vapor release enabling Emergency Responders to utilize one technology when faced with a wide variety of known or unknown chemical hazards.