The Dangers of Hydrofluoric Acid 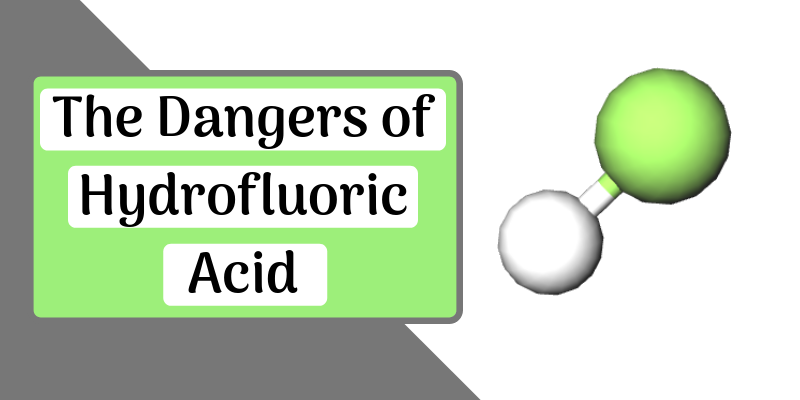 Hydrofluoric acid, although not a common chemical found in the environment and conversely not one that we are exposed to often, is a chemical that can have potentially devastating consequences when exposure occurs, particularly in large quantities. This chemical has a complex chemical structure that makes it a highly toxic substance to humans like emergency personnel and others that may become exposed to it in an environment.

What is hydrofluoric acid, where does it come from, and how can you protect yourself from this potentially volatile chemical in the environment?

What is Hydrofluoric Acid? 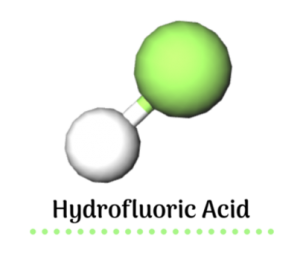 Hydrofluoric acid is an inorganic chemical compound that is highly corrosive with many industrial and commercial uses. The chemical itself is a clear, colorless chemical that has a number of physical, chemical, and toxicological properties that make it very hazardous to handle. This compound is an acid that differs greatly from other acids because it uses fluoride ions that readily penetrates the skin and will lead to significant destruction of tissue layers deep in the body down to the bone. Similar to other acids, it has the potential to cause significant burning depending on the concentration of the chemical, the temperature, and the duration of contact on the skin.

As this acid is released into the air as a vapor, the chemical will taint the air and impact those who are exposed to this toxic vaporized chemical. The hydrofluoric acid will produce pungent fumes into the air and due to its corrosive properties, it will have the potential to cause deep tissue damage and complete toxicity.

What is Hydrofluoric Acid Used For

There are several different uses for hydrofluoric acid that may surprise you to learn. This chemical is used in solution form in both glass and metal etching, industrial and home cleaners, and even in manufactured electronics. The full-strength hydrofluoric acid is used in the construction and manufacturing of high-octane fuels in oil refineries. Mainly though, the chemical is used in the manufacturing process to make refrigerants. Other uses for the chemical will include the following:

The potential items and places that hydrofluoric acid may be present within can be astonishing to many people. Therefore, if you are surrounded by these different areas listed above where the chemical can be found in it is important to be vigilant and prepared in the event exposure occurs in the environment, both acute and significant exposure. The many dangerous components of hydrofluoric acid include its corrosive abilities, its colorless appearance, and sometimes discrete odor that is not detectable in the air. The chemical does have an odor that will be noticeable but not right away in the air of the environment. The smell of the acid is a strong, irritating odor that will be followed by symptoms of severe injury to the skin and eyes, inhalation and ingestion irritation. It is also worth noting that hydrofluoric acid can be emitted into the environment in the form of anhydrous hydrogen fluoride and it will appear in the space with a strong harsh odor that will form a dense white vapor cloud into the air when released, this will be very hazardous to human health.

Did you know that hydrofluoric acid is one of the most dangerous inorganic acids? A trace amount of exposure to this chemical on the skin, as small as 1 percent of body surface area burns could be fatal due to the acid’s corrosive properties. The chemical known as HF has the ability to penetrate the skin tissues deep to the bone – it penetrates more quickly than any other typical acid. The exposure to this chemical can occur in several different mechanisms from dermal, ocular, inhalation, and oral routes into the body. As it enters into the body the human tissue will risk exposure and the fluoride ions will quickly penetrate the dermal and muscle tissues and react with both magnesium and calcium in the body – this will place major organs in danger such as the heart, liver, kidneys, and nerves. In the event that a large quantity of hydrogen fluoride is present in the air, and exposure occurs either from skin contact or inhalation, it can result in death from either an irregular heartbeat or from fluid buildup in the lungs.

The treatment plan for those who have been exposed to HF chemical will vary depending on the level of exposure and the concentration of the chemical present within the environment. Any and all victims should be sent to an emergency facility to receive the proper treatment methods. The standard treatments that should be implemented to those with acute exposure should include EKG monitoring, O2, and prophylactic eye and breathing treatments. Whereas severe exposure should be monitored very closely and extensively.

Due to the extreme toxicity and corrosive nature of HF, any spill of this acid must be cleaned up with great care. The most commonly used practices for containing and neutralizing the hydrofluoric acid spill includes dilution with water, containment using polypropylene pad, or Vermiculite and Magicsorb. While these methods offer a solution, they also pose an immediate environmental threat ranging from the generation of HF fume and/or by product in the form of a highly toxic gas.

To counter hydrofluoric acid, FAST-ACT offers a proven formulation to contain and neutralize HF spills. FAST-ACT is a dry, solid based sorbent and neutralizer which reacts with the chemical rendering nontoxic by-products. This neutralization technology has the ability to absorb and neutralize the immediate threat of an HF spill providing benefits such as – free HF liquid will be diked and contained, there will be no off-gassing of HF fumes, and it will form a stable end product, a fluoride salt, which can then be handled safely.